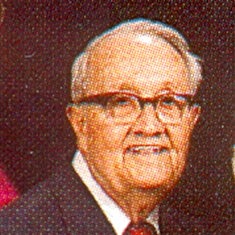 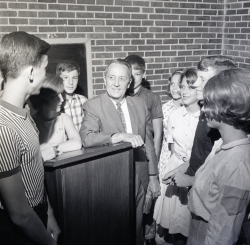 No doubt every community across the country can look back in time and identify one or more of its citizens who stand out among all others as having played a key role in shaping its future and forging its character.  We are fortunate to live in a community which has had more than its fair share of such visionary leaders and, unquestionably, Leon Lawson Neel would be counted among their numbers.

Lawson lived a life that was quantitatively and qualitatively long and full.  In virtually every phase of his life, he was the consummate leader:  as quarterback of Thomasville’s first championship varsity football team, as a highly decorated Army Captain in WWII, as Chairman of the Board of the business that bore his family name, as a distinguished member of the Georgia State Legislature and Senate, and—along with his beloved wife, Josie—in years of devoted service to his church in many roles including that of Sunday school teacher and Trustee.

Among the many tangible examples of Lawson Neel’s indelible mark on our community is the preserved beauty and vitality of downtown Thomasville.  Lawson was passionate about the preservation of the downtown shopping area, and so strong and positive was his influence that he was known to all as “Mr. Thomasville.”

As much as he loved Thomasville, Lawson Neel loved the people of this community even more.  Though he would never have sought the acclaim, we believe that the naming of the MedBank in his memory and honor is a fitting tribute to this exceptional gentleman.

Upon the passing of their beloved classmate, members of the Lawson Neel Sunday School Class at First United Methodist Church (Thomasville) looked for a way to honor the man for whom the class was named.  In these deliberations, one class member proposed “medications” as a fitting way to honor this great man.  And, not too long afterward, a chance occurrence in a local pharmacy helped bring this idea into focus.  A gentleman was observed by another waiting drug store customer having to choose which of his two prescriptions he could afford to fill.  Unfortunately, it is a scenario that is played out every day and with increasing frequency:  which prescribed medicines do I forego for reasons of limited funds?  I have enough money to buy the medications I need or food to eat, but not both.  Which do I buy?  Horrible and sad choices that many of our neighbors are forced to make.

This eye-opening, chance observation was the catalyst to investigate the need for a MedBank in Thomas County.  In early 2001, community leaders, churches, health care providers, and concerned citizens came together to discuss the plight of members of our community who could not afford to buy the prescription medicines they needed to live.  From these grass-roots meetings eventually came Lawson Neel MedBank, Inc. a non-profit organization dedicated to assisting the uninsured and underinsured citizens of the area in getting the medications they need to stabilize chronic illnesses and disease. 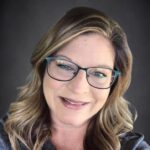 Lisa took over as the Executive Director of Lawson Neel MedBank in March 2021. She has been with MedBank since 2009, serving as a Patient Advocate. She has a passion for organizing things and helping others. Lisa lives in Thomasville with her husband, J. and her son, Jace, who is a Senior at Thomas County Central High School. Her daughter Lexi is a nursing student at Valdosta State University. 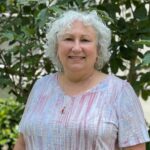 Rebecca has been a social worker for over 30 years. She was the founding Executive Director and lead Lawson Neel MedBank for 16 years. She is also an adjunct professor at Southern Regional Technical College. She is easing in to retirement by working part-time at MedBank now. In her time off, she and her husband, David, enjoy spending time with their eight grandchildren and camping. 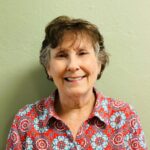 Julie began as a volunteer at the MedBank in 2014, and was hired later that year as an Administrative Assistant. She recently began her twenty-first year as a Licensed Massage therapist, working in a clinical setting as well as seeing patients in hospice care. Julie feels fortunate to be at MedBank, which she says was an answer to a prayer. 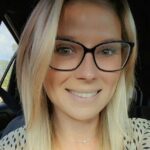 Before becoming a Patient Advocate with Medbank in 2020, Jodi worked with Disability Adjudication Services for the State of Georgia, and the Social Security Administration. When she is not working, she enjoys being on the water with her husband Trent (T.J.) and their children, Cassie, Cadyn, and Kamryn.